Some groups of historians claim that tablets were found from the Babylonian times that explain how to train horses. These tablets indicated that horse racing started back then.

Some historians claim that racing started back in 4500 BC in Central Asia. The nomadic tribesmen domesticated their horses and the sport emerged, but just for the kings.

Yet another group of historians claims that it began in the 17th century when British settlers took horses with them and the first racetrack was built. We do not have a unanimous story of how the sport really came to be, but several specific events have significantly shaped the evolution of horse racing.

Events such as the importing/exporting and breeding of horses have helped shape the history of horse racing globally. However, for this article’s purposes, we are going to mainly talk about America to draw a short yet comprehensive picture for you. For people well aware of the sport, it will come as no surprise that the different breeds of racehorses, which we see today, came into existence to meet specific racing requirements. Wondering how? Put your historian glasses on as we take you on a fun-filled journey to weave the saga of horse racing together.

Let’s start with the era between the 1200s and the 1600s. Before this era, horses were used to carry heavy weights for agriculture, for war, and for many other purposes. However, during these years, the English knights started looking for horses who exuded both speed and stamina instead of horses that could carry hundreds of pounds of armor to win in a war.

Arab stallions (hotbloods) proved just right to meet this need. The swift Arab horses began to be increasingly imported and bred to English mares (native cold-bloods), giving rise to the earliest species of “racehorses.” Betting on private races between two horses to see which one was the fastest became a leisure pastime of the elite.

This was the period when horse racing became a more formal sport and people started spreading the word around the world.

During the regime of Queen Anne from 1702 to 1714, the expanding popularity of the sport led to the springing up of racecourses all over England with increased purse sizes to attract the fastest horses. The larger the purses got, the easier it became to own and breed horses for races.

During this rapid expansion, a central governing authority, the Jockey Club of England, was formed by the sport’s elite to create a rulebook for English racing, which is followed to date.

Besides the rules, the Jockey Club further regulated the breeding of racehorses, leading to the publication of the General Stud Book in 1791, which listed all the horses (along with their progeny) that raced in England. By the 18th century, only the horses listed in this book were allowed to race and be bred.

All these horses came to be called “thoroughbreds.” Their  entire lineage can be traced back to one of the “foundation sires”: Byerley Turk (1670), the Darley Arabian (1700), and the Godolphin Arabian (1724).

Fun Fact: This book was initially kept private by the club owner, James Weatherby. To date, the book is overseen by the English Jockey Club.

History of Horse Racing in America

The Reign of the American Quarter Horse: The Era of Sprints

Horse racing came to America long before it became a recognized sport in England.

The first horses that might have participated in informal racing in America were imported as early as 1610. Races back then were nothing like the ones we see now. There were only two horses competing in long distance races.

The races started getting popular, but they were outlawed after pedestrians were run over by the horses. This is when the natural next step, building a race track, was taken. By 1665, the first operational racetrack was laid out in New York and derived its name from Newmarket, the popular racing area in England.

Then, in the mid-1700s, a horse named Janus, grandson of the Godolphin Arabian (one of the Thoroughbred foundation sires), was imported to Virginia from England. He was swift and tight and is credited as the foundation sire of the American Quarter Horse.

This is the period when horse racing started getting popular in Virginia. There were farms with the sole purpose of breeding racehorses, and new tracks were built.

Slowly, mostly due to imports, horse racing started reaching other American cities. Until this period, horse racing was more popular in the South and only existed in some parts of the North. Many of the jockeys in the South were slaves, but as they became successful, they gained elite status. This shows how much people loved the sport already.

Fun Fact: Sprint racing was becoming popular across Rhode Island and Virginia. Because these horses covered quarter miles, they were naturally named Quarter Horses. The following decade saw an increase in racing activity, forcing the authorities to illegalize it in Virginia for a while since people started getting run over by horses racing in the streets!

The Reign of Thoroughbreds and Standardbreds: The Era of Trotting and Harness Racing

Later in the 17th century, a horse named Messenger, a descendent of Darley Arabian (an English Thoroughbred), was brought to the US. He is acclaimed as the parent of both Thoroughbred and Standardbred lineages in America.

The arrival of Messenger, along with a shift in public affinity for longer distance races, marked the beginning of the time that Thoroughbreds took over Quarter Horses and sprints gave way to trotting.

The first trotting race was registered in the early 18th century. Most of these races were run over 10-40 miles, with riders either riding Thoroughbreds or using sulkies (light two-wheeled vehicles) to drive Standardbreds. These two breeds could cover longer distances at a more incredible speed than Quarter Horses.

By the mid-18th century, the Trotting Horse Registrar was commissioned, in which the standard to admit a horse was the capacity to cover one mile in 2.5 minutes. It was for this reason that the typical trotting horse breed came to be known as Standardbred. Some six years later, the American Stud Book for Thoroughbreds also came into existence, a counterpart to the General Stud Book created in England.

The 1800s saw a lot of progress. By the end of it, more than 300 tracks were operating throughout the US. The American Jockey club was formed, which gave the sport a formal governing authority. The famous Kentucky Derby was created in the late 1800s. Many rules around betting and eliminating corruption were introduced. Many new professionals joined the sport as riders, trainers, and jockeys, pursuing this full-time.

As we have learned, initially horse racing was just for the entertainment of the elites. Then the public started participating and enjoying the sport. Betting was introduced at some point, but it was mostly unorganized and without any legal or formal rules.

However, when the sport gained popularity, formal races such as The Kentucky Derby were created, and governing bodies were formed, betting became more institutionalized.

The 1900s saw a lot of ups and downs for betting. Initially, legislation was introduced that prevented gambling. Naturally, betting on horse racing also stopped in most states. There was a point when only a couple of states in the whole country allowed betting.

Then came the economic depression. A desperate government tried to find ways to stimulate the economy and found potential in gambling. Betting returned! Betting is one of the main appeals of this sport, so eliminating it reduced its popularity, but that was short lived.

Just when it was gaining popularity, a Frenchman, Pierre Oller, developed the pari-mutuel wagering system. This became a common payout strategy for all bets adapted by bettors around the globe. It added more fun elements to this already-popular sport.

While the above events shaped horse racing into what it is today, there were several other events occurring simultaneously that contributed to the sport. For instance, steeplechasing is a form of racing that has obstacles such as fences and hurdles. It came to the US from Ireland in the 19th Century, but it took its own sweet time becoming popular.

If you are really into horse racing, at some point you must have heard the name Thomas Hitchcook. He was known as the father of American steeplechasing and built a training center in South Carolina. As an owner and trainer, he trained British horses and established the sport in the US.

Similarly, harness racing was introduced in the US in the 17th Century and came from the Dutch. It was initially a rural pastime; there were informal races between friends and neighboring villages. However, in the 19th century, it became a popular sport and gained deserved recognition.

Many different breeds were imported in different parts of America, which resulted in different kinds of horse racing throughout the country. Some less-known examples include Appaloosa (color-based breed racing) and Arabian racing (long-distance racing).

The Modern Age of Racing

Today, the sport is thriving. One of the most popular types of racing is Thoroughbred racing. It started with the introduction of the three classics: the Preakness Stakes, the Belmont Stakes, and the Kentucky Derby, which collectively comprise the Triple Crown. The Thoroughbred which wins all the three races in a single season is awarded the Triple Crown. To understand how elusive this recognition is, consider that only 13 horses have been awarded this distinction since its inception!

Even though Thoroughbred racing is the most popular (Quarter Horses and harness racing are next in line), all kinds of racing can gather a huge crowd, create big pools of money, and create a lot of excitement. 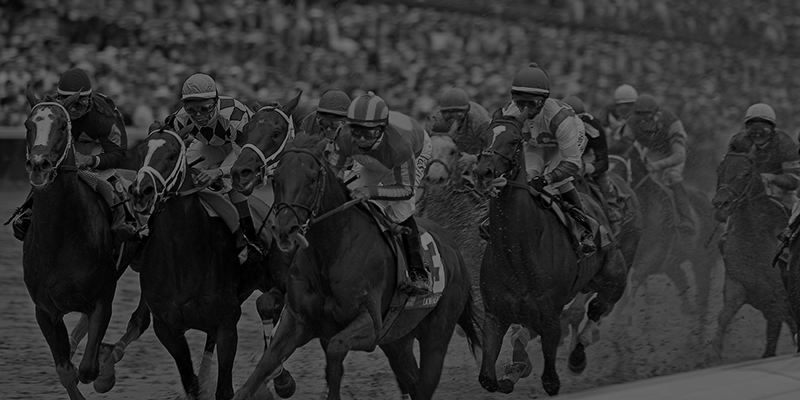 Horse Racing
December 10, 2020
If you are a horse racing fan, turning down these movies…
Get Notified!